Headford GAA Club, established in 1888, is located 25km north of Galway City in the town of Headford, Co. Galway. It offers Gaelic football coaching, training and competition for a range of ages, starting from U6s right up to Adult Level.

Though it was not until the acquisition of a gaelic playing pitch in 1951 that Headford G.A.A. Club began to become a prominent figure in North Galway football, records show that the area’s association with football and the G.A.A. stretches way back to 1888.

Follow the timeline below to learn of some of the most significant milestones of the club’s 131-year-old history….

It was in 1888 that the area of Headford had their first representative at a meeting of the G.A.A. near Athenry. The person who held this honour was a man by the name of William Kyne of Headford. It was soon after that meeting, that a gaelic football team was founded in Headford under the name of Headford Rangers, and this team participated in various tournaments and challenge matches over the next fifteen years. 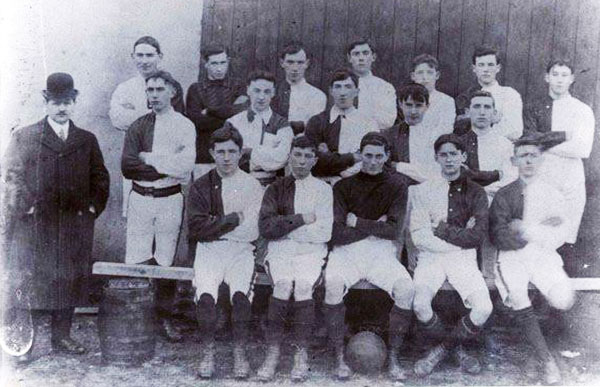 As is still the case today, local rivalry played a big part in Headford football in those days with the forming of an unaffiliated G.A.A. team in Clydagh in 1905.

From Rivalry to Alliance...

The rivalry existed until 1913, when the two teams merged together to form a stronger team under the name of the Corrib Shamrocks. This was due to the County G.A.A. Board being organised into four regional boards – North, South, West and East. The Shamrocks wore lily white jerseys with a large shamrock on each side of the front. With the Shamrocks participating in the West Board, this was most inconvenient for the Headford based team, as they either had to travel by boat, via Lough Corrib, or take the longer route around the lake, via Cong or Galway City, for games against Connemara opposition. 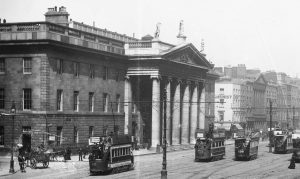 Shortly after the Easter Rising of 1916, yet another club was formed in the Headford area under the name of Clooneen P.H. Pearses, who also participated in the West Board competitions. Records show that both Headford teams competed against each other in the early rounds of the 1919 West Board Championship, and according to the tradition at that time, Pearses were victorious by 1-2 to Nil, in a game played at Caherlistrane. 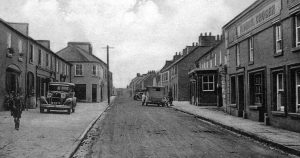 In 1920, Fr. Michael King C.C. was transferred to the parish of Headford and he immediately saw that the rivalry between the two teams was not to be desired at such a troublesome time in our nation’s history. In response to this, he succeeded in uniting the forces of the Pearses and the Shamrocks under the name of St. Fursey Gaels. Due to the troubles at that time, all games were suspended and it was not until 1926 that teams began to take the field.

1926 also brought the newly united Headford team its first major success on the football field when they won the West Board Senior Champioinship by beating Oughtherard by 1-1 to 1-0 in a game played at Cargin. Folklore tells us that the teams were level entering the final minutes of the game when, in one final onslaught on the Oughterard goal, Headford’s wing back, Pake Kyne of Ross, scored the all important point. 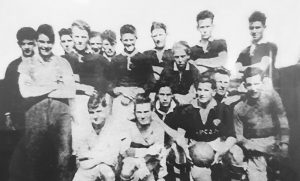 The 1930’s saw Headford competing in the Junior Championship and they succeeded in winning back-to-back West Board Junior Championship titles in 1932 and 1933. The driving force behind this team was Mick Curley M.P.S.I. who was a newcomer to the area and also the first chemist in the town. Headford’s development on the football field was put on hold during the war years as very few games took place due to the scarcity of petrol. Although some games were played during this time, usually in fields belonging to local farmers, it was not until the 1950’s that the gaelic games recommenced to its traditional scale. 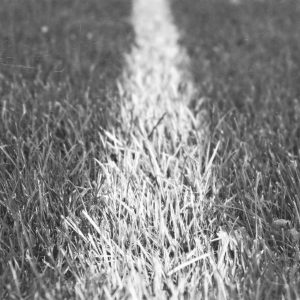 It was, through the Irish Land Commission, the acquisition of a new six and a half acre, gaelic playing pitch in 1951 on the Palmer Estate, Gortnamona, Headford, that brought new life came to the club with many of the young players taking great pride in their new home of football. 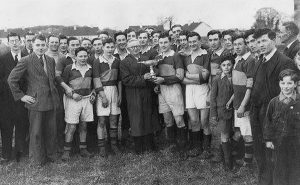 In 1953 the Minors gained many great victories on their way to their historic County Final win after a replay against Clifden. This was the club’s first ever county title and this team was to prove the backbone of the 1955 Junior team that went on to win the North Board League title. More details about some of the Headford greats involved in these teams can be learnt at the button below.
Learn More

The 1966 County Junior Championship winning side was remarkable in that on their first outing they were beaten by Turloughmore and were entered in the losers section, which they won, and thus qualified for the championship first round proper. They qualified for the North Board Final where they overcame our neighbouring rivals, Caherlistrane. They proceeded to the County Semi-Final, where they beat Ballindereen and then advanced to the Final to beat Killanin.
Learn More

Regraded in the Rankings...

After the historic victory of 1966, Headford were promoted to the Senior ranks where they acquitted themselves quite well, but fell short of victory. Heaford were regraded to the Junior ranks in 1974 and by 1976 they were challenging for honours again at that level. After winning the North Board League Final (the last team to do so before the old divisional boards of 1913 were abolished later that year) against rivals Caherlistrane, the sides met again in the North Board Championship Final, but this time it was Caherlistrane who came out on top on a scoreline of 0-7 to 0-4.

The 80’s held mixed fortunes for Headford G.A.A. club as it sometimes struggle to come to terms with Intermediate football, though at the same time it produced the name most synonymous with Headford football, Seamus McHugh, who was to play for Galway on numerous occassions and won an All-Star in 1984, along with representing his country on the compromised rules tour of 1984. 1987 was as close as Headford came to winning major honours at Intermediate level, as they were beaten in the Championship final by the narrowest of margins, by a Carraroe side that would go on to win two County Senior Championship titles in the 90’s.

Following a brief spell at Junior level in the early 80’s, the team returned to Intermediate level in 1994. Success at under-14 level in 1990 and 1991, under-16 in 1985 and Minor in 1987, success was sure to follow in the near future. In 1998, Headford had arguably its best year ever on the football field with the club capturing none other than five prestigeous trophies, the North Board Minor 'B' league title, Under-21 'B' North Board and County Championship titles and the Junior 'B' North Board and County Championship titles. These victories were built around a small number of the victorious minor team from that year and the development of these players, and their introduction to the Intermediate squad, ensured that Headford would push for honours into the new millennium. 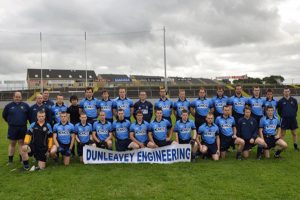 Despite having underage success during the next decade, including a 2007 North Board Championship Minor B victory, Headford were relegated to the Junior ranks in 2007.

Having lost County Finals in 2009 and 2011, to Spiddal and Clonbur respectively, the historic victory finally arrived in 2013 when Headford bridged a 47 year gap by beating Tuam Stars in Pearse Stadium. In the quest for All-Ireland glory, the club competed for the first time in the Connacht Junior Championship and reached the final after getting past Mayo side Kilcomman in McHale Park. Headford returned to Pearse Stadium to face Roscommon Champions Fuerty, but eventually lost after extra-time in what was an epic battle. 2013 turned out to be a glorious year for the club, bringing great success at underage to add to their Junior title. The Junior B side also got in on the act by winning their Division in the league. 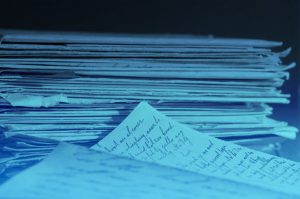 2014 saw Headford consolidate their position at Intermediate level in the Championship, reaching the Quarter-Final. The Cahill Cup brought Headford's first ever title at the Intermediate grade, and by getting promoted in the league they began facing Senior opposition in 2015. The Junior B side got promoted from Division 7 to Division 5 in the space of 3 years and have been competitive at that high level since 2017 as well as making 3 North Board Championship Finals in a row in 2017,2018 & 2019. In 2019 our Intermediate team won the Division 3 league title overcoming Monivea/Abbey in the Final. This was the highest grade the club had ever gained silverware at, showing our progress in the previous decade. With several players representing the club at county level through the grades and the prospect of Division 2 football in 2020 the future looks bright.....
1888
1905
1913
1916
1920
1926
1930s
1951
1950s
1966
1970s
1980s
1990s
2000s
2013
website by conneallydigital.

One of the great legend’s of Headford football was Mick ‘Cos’ Costello, son of Garda Costello of Headford. ‘Cos# had the distinction of being the only player to link the 1953 County Minor Champions, 1955 North Board Junior League Champions and the great 1966 County Junior Champions. In later years, ‘Cos’ was rewarded for his efforts by winning further honours with St. Loman’s, Westmeath, and also played at county level for both Galway and Westmeath.

Another Headford great, Ger Nohilly, also had the distinction of representing Westmeath at county level.

Probably the most important link between the those same three victorious Headford teams was the fact that they were all managed by the legendary Tom Fitzgerald, who was also a member of the victorious, back-to-back winning Junior teams of 1932 and 1933.

The main reason for the success of this team was due to the hard work done by Tom Geraghty, chairman at that time. He had succeeded in encouraging many of the club’s great players of the 50’s, who had moved away, to return to play for the club in its quest for glory.

This bunch of players, along with the young home based players, were blended into a formidable team by the great Tom Fitzgerald. 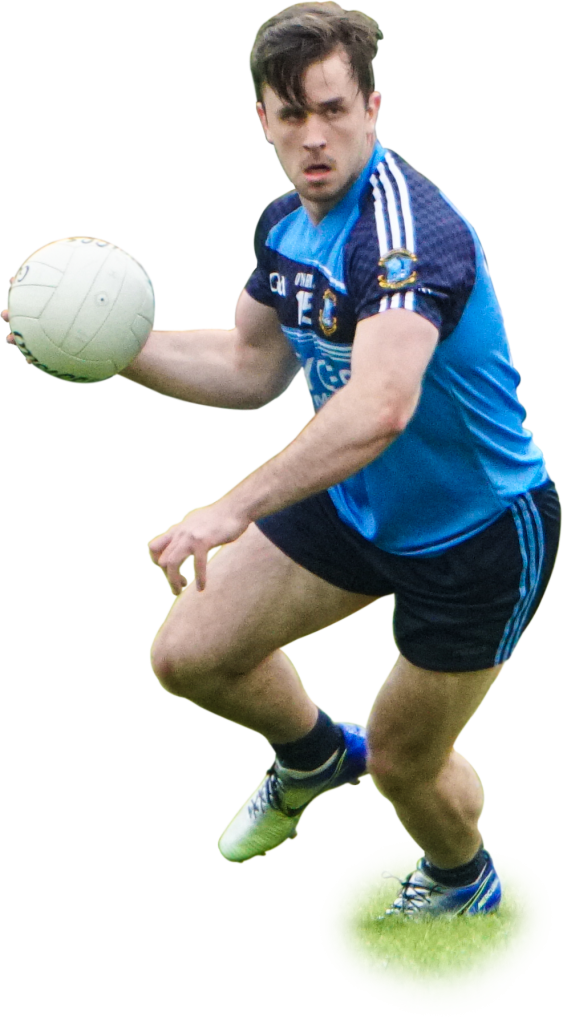